The first health professional to suggest tube feeding for me recommended PEG feeding.  However, when the appointment came round with the specialist he was very doubtful, in fact negative in approach.  He explained how for me it wasn’t the best going in blind into my tummy when we didn’t know exactly where neuroendocrine tumours were situated.  He suggested the NG tube – a much safer alternative in his opinion.

So here we are 12 weeks later.   The NG tube has been a great friend.  It’s kept me fed.  Prevented the dreaded hypos through the night.  I’ve even gained 0.8 of a kilo.  My NG tube has came to its end of it’s  three month life and due for a change.

Whilst I have been at home during the 12 weeks getting good care from my hubby and help from our sons. We have been getting fantastic support from my nurses who come to our home, check my dressings, change them, give me my lanreotide, my flu jab, etc.  the nurse Evelyn, was great, she gave Steve a flu jab at home too.  Dietician has been coming in to talk things through, weigh me.  Prescriptions delivered.  So while I’ve been getting looked after at home I haven’t been forgotten at the hospital.  My consultants have been discussing what’s best for me.

A top surgeon a the royal infirmary in Edinburgh is willing to put a peg feed in surgically.  This means a general anaesthetic.  So here I am the night before my operation in the ward.  Last Tuesday was pre surgery day.  Steve brought me to the hospital to get a check up and go over everything before surgery.  We were met by a lovely nurse from New Zealand.  She listened intently, wrote all the necessary.  Had heart and lung tests, blood tests.  Got weighed.  She took a note of all the medication I am on.  She said if I didn’t have carcinoid syndrome or spontaneous hypoglycaemia I could fast at home and come in the day of the surgery.  However, I’m complicated and an overnight stay before the surgery is needed. 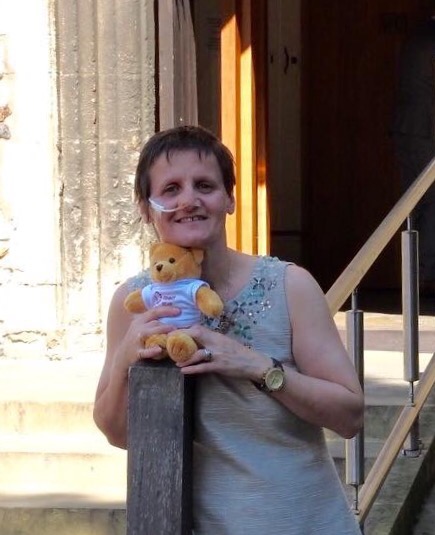 I’m in the ward, Steve and I are chatting away, it’s 6pm.  A lovely lady walks up to my bed, introduces herself and shakes my hand.  She is going to be my anaesthetist during the operation.  The first thing she asks me is if I really want this surgery.  She goes on to tell me she is due to retire in seven months and I am only her second patient with carcinoid syndrome.  She has had many neuroendocrine patients, but they did not have the carcinoid syndrome.  This was only to emphasise how rare the condition is, not to say she was incapable.  Believe me, after talking to her it’s apparent she seems far from incapable, I have complete   faith in her.    The plan is to let me have my overnight feed and have a breakfast, then get put on a glucose infusion.   She wants to have another anaesthetist working with her whilst I’m in theatre.  She told us the normal blood pressure cuff will not be sufficient and I need to have an arterial cannula fitted to monitor my blood pressure.  As well as I will have a glucose infusion running throughout the operation.   She described me like a volcano.  Both my blood pressure and blood sugar levels going up and down at a moments notice.  She explained why after surgery I would go to high dependency.   Steve looked at her, he said “you know how you medics ask patients on a scale of one to ten how do you rate you pain – can I ask you, on a scale of one to ten how worried are you about Elizabeth’s surgery” – her answer was instant – she said “15”. She then smiled and told us she would take very good care of me.  She will send her colleague up in the morning, and would probably come up herself to see me.   After a bit more chit chat she left.  Her mark was left.  I liked  and trusted her.

Half an our or so later a dashing gent with a beautiful voice approached my bed.  He introduced himself – Mr Simon Paterson-Brown,  my surgeon for the procedure.  We chatted about the operation, what he was going to do, the peg.  He explained the dieticians will come see me after the operation and decide when the feed can get started.  Anything from 24 to 48 hours after insertion.    He gave me every opportunity to discuss the operation and ask questions at my own pace.

Later that evening Steve left for home and I got tucked into bed.  Me being me I was allowed to have my overnight  feed – so that went on – via my last NG tube feed and breakfast in the morning.  They weren’t willing to chance any spontaneous hypoglycaemia attacks prior to surgery.

Morning on the day of surgery – October 20th 2015. Steve pops by the hospital to see me before my op.    It’s 2.20 and their coming to take me away Ha Ha.  It’s time.  It thought I would be more nervous.  I was waiting on my knees knocking or my hands shaking – nothing.  A big burly man in blue scrubs came and wheeled me out the room.  The nurse that had been looking after me came along, she chatted away, held my hand,  in general put me at ease.  The handover from ward to theatre was about to take place.  I turned my head to the left and saw a familiar face.  One of the anesthetist nurses was someone I knew, she just had to check I was ok was her dealing with me – I was delighted Gillian was in the room.  I was wheeled into the anaesthetics room.

Wow – prep that needed to be done with the anesthetists.  Yes plural folks.  In this operation I had two – greedy bugger that I am.  The first thing that was said was hello again good to see you how are you.  Pleasantries exchanged.  The NG tube was removed,  then they decided I should get some oxygen an Valium to get an arterial line run in my right wrist to constantly monitor my blood pressure.    This is a tricky job and you need a couple of stitches to hold it in.  I also had 3 cannulas inserted.  I then heard a soothing voice say time to change the mask this is going to put you to sleep.  It must have.  Because the next thing I know I woke up somewhere completely different with a peg feed inserted into my tummy.   I was in the high dependency ward.

5 thoughts on “From NG to PEG” 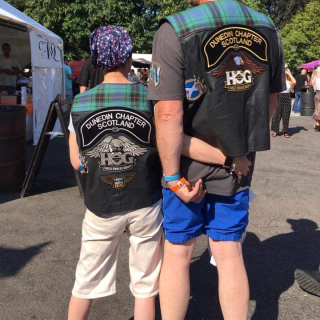